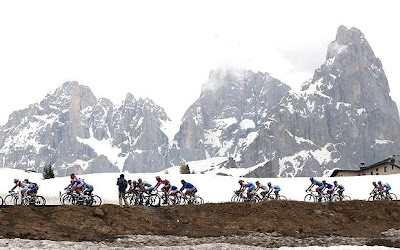 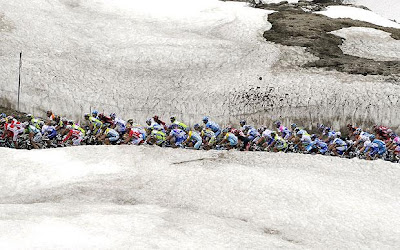 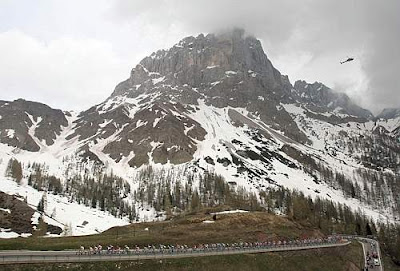 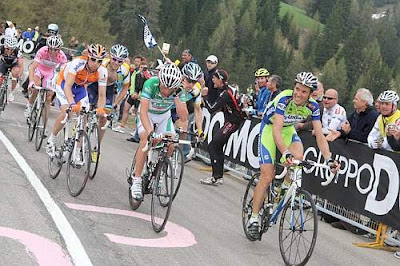 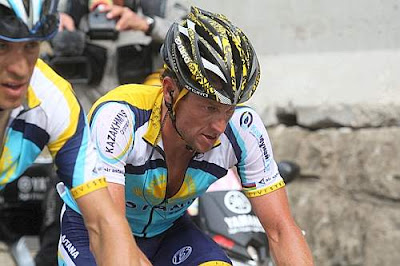 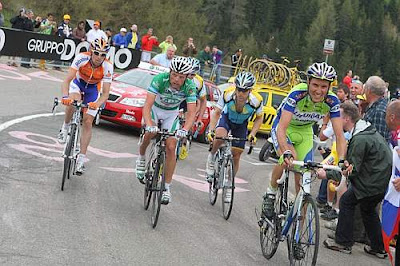 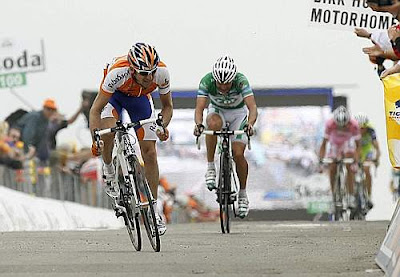 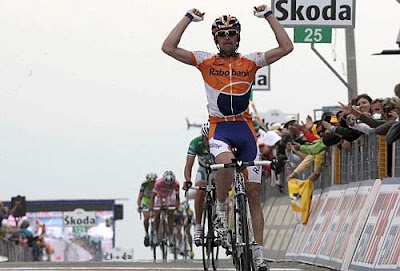 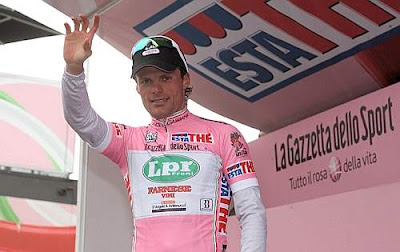 ALPS OF SIUSI (BZ), 13 May 2009 - Denis Menchov has won the fifth stage of the Giro d’Italia, 125 kilometres to an uphill finish in the Alps of Siusi. The 31-year old Russian rider for Rabobank finished ahead of Danilo Di Luca (at +2), the new pink jersey. Third was the Swedish rider Lövkvist; and fourth was Ivan Basso, both at +5. Then came Leipheimer and Horner, the Astana duo, at +9 and Sastre, who attempted a counter-attack in the final stretch, at +19. The best riders were a scattered bunch: Gilberto Simoni at about +50, like Pellizotti. Damiano Cunego was about 2:45 behind; Armstrong arrived at +2:59. In the general ranking, Di Luca has 5 seconds on Lovkvist, 36 seconds on Rogers, 43 on Leipheimer, 50 on Menchov and 1:08 on Ivan Basso.

THE DETAILS — 195 riders took off from San Martino di Castrozza. The Passo Rolle, right at the start after 9 km, inspired the sprint: Voeckler (Bouygues), Capecchi (Fuji), Gavazzi (Lampre-NGC), Pietropolli (LPR-Farnese), Serpa (Diquigiovanni-Androni), Ochoa (Diquigiovanni-Androni) and Visconti (ISD-Neri) broke away. Brutt tried to counter attack, but the group caught up to him and the pace setters reached the foot of the Alps of Siusi (a 25-km climb, the final 9 particularly difficult) with a lead of around 2:30 on the group. Ivan Basso’s Liquigas team drove ahead the hardest, and at minus 10 the front riders of the group joined the others. No great breakaways, but as the climb got harder, more racers fell behind: at minus 6 km Armstrong, near Navarro and Rubiera, fell behind the group ("As I thought, it was a tough one"). Also Garzelli and Bruseghin lost contact, and shortly after, Cunego was unable to keep up with the pace set at the head of the group by his former team-mate (now with Liquigas) Szmyd. At minus 5 km, 25 racers remained in the lead group; whilst at minus 4-5 km the Polish racer finished his work and it was Basso who set the pace, while even the other Liquigas racer Pellizotti started to fall behind, as well as Simoni. At minus 3 km the remaining leaders were Basso, Di Luca, Menchov, Leipheimer, Sastre, Arroyo, Horner and the pink jersey, Lovkvist. Cunego was at +40, Bruseghin at +49, Armstrong at +1:22, while Arroyo lost contact with the leading group. So the group of seven racers passed under the banner announcing the last kilometre, but an additional 3-4 racers rejoined the group before the sprint.

TOMORROW — The 100th anniversary of the Giro d’Italia – 92nd race – continues tomorrow with the sixth stage, which crosses Italy’s borders and reaches Austria: from Bressanone to Mayrhofen Im Zillertal, 248 kilometres. An up and down stage, with 2 Mountain Gran Prix in the second part: the second, Hochkrimml, is a category one peak (at 1628 metres) which terminates 45 km from the finish. A perfect route for sprints.